The Wisdom of God: Dorothy 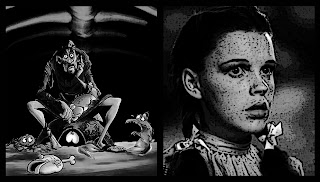 This past Sunday, we talked about how Dorothy ran away from her problem. She fled the wicked townswoman that wanted Toto dead after she was bitten by him. Well, not only does she escape reality, she finds herself in a scary place, the Land of Oz. Dorothy is not the only one who has ever tried to run away from a problem, Jonah did as well. Read his story below.
Jonah 1:1-17
1 The word of the LORD came to Jonah son of Amittai: 2 “Go to the great city of Nineveh and preach against it, because its wickedness has come up before me.”
3 But Jonah ran away from the LORD and headed for Tarshish. He went down to Joppa, where he found a ship bound for that port. After paying the fare, he went aboard and sailed for Tarshish to flee from the LORD.
4 Then the LORD sent a great wind on the sea, and such a violent storm arose that the ship threatened to break up. 5 All the sailors were afraid and each cried out to his own god. And they threw the cargo into the sea to lighten the ship.
But Jonah had gone below deck, where he lay down and fell into a deep sleep. 6 The captain went to him and said, “How can you sleep? Get up and call on your god! Maybe he will take notice of us so that we will not perish.”
7 Then the sailors said to each other, “Come, let us cast lots to find out who is responsible for this calamity.” They cast lots and the lot fell on Jonah. 8 So they asked him, “Tell us, who is responsible for making all this trouble for us? What kind of work do you do? Where do you come from? What is your country? From what people are you?”
9 He answered, “I am a Hebrew and I worship the LORD, the God of heaven, who made the sea and the dry land.”
10 This terrified them and they asked, “What have you done?” (They knew he was running away from the LORD, because he had already told them so.)
11 The sea was getting rougher and rougher. So they asked him, “What should we do to you to make the sea calm down for us?”
12 “Pick me up and throw me into the sea,” he replied, “and it will become calm. I know that it is my fault that this great storm has come upon you.”
13 Instead, the men did their best to row back to land. But they could not, for the sea grew even wilder than before. 14 Then they cried out to the LORD, “Please, LORD, do not let us die for taking this man’s life. Do not hold us accountable for killing an innocent man, for you, LORD, have done as you pleased.” 15 Then they took Jonah and threw him overboard, and the raging sea grew calm. 16 At this the men greatly feared the LORD, and they offered a sacrifice to the LORD and made vows to him.
17 Now the LORD provided a huge fish to swallow Jonah, and Jonah was in the belly of the fish three days and three nights.
Many people believe that Jonah ran away from Nineveh because he was scared to death to preach to “those” people. You see Nineveh, during the days of Jonah, was a place of idolatry, cruelty, prostitution, they plotted evil against God, and they were not afraid to exploit the helpless. Of course, after knowing this there is no wonder Jonah didn’t want to go. Who would want to go to a place where they kill their enemies, let alone a preacher telling them about God’s forgiveness?
You want to know the real reason Jonah went in the opposite direction from God’s call: Jonah did not believe that the Ninevites were deserving of God’s forgiveness. Now wait a minute, before you say something like, “How dare he believe that!” You and I are guilty of the same thing. If you don’t believe me listen to your thoughts the next time you read a story about a murderer or a molester or better yet a terrorist. We say, “Those people don’t deserve God’s forgiveness.” In fact, we probably feel as if hell is not a strong enough punishment for people like that.
Jonah felt the same way. God wants Jonah to go and preach forgiveness and Jonah basically tells God, “God, these people DON’T LIKE YOU! They want NOTHING to do with You! They have been offered your forgiveness and they have REJECTED IT! Don’t waste your time and my time on your silly charades!” Jonah doesn’t want to go to Nineveh because he feels like God is making a big mistake by offering them forgiveness and love and grace and hope.
So, how about you? Who are the Ninevites in your life? Who are the people you feel are not deserving of God’s love and forgiveness?
Offer God’s love and forgiveness to someone you feel doesn’t deserve it today!
In Jesus name, amen.
Marc
Posted by @marcgrimes at 7:47 AM 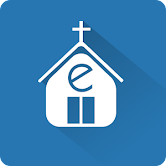